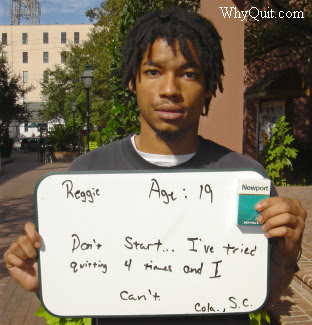 "The FDA Tobacco Products Scientific Advisory Shadow Panel supports the elimination of the use of menthol in cigarettes. There is strong evidence that menthol acts as an anesthetic agent that makes cigarette smoking more appealing by masking the harshness of burning tobacco. The addition of menthol deceives consumers into thinking that cigarettes are less harsh and therefore safer. Furthermore, for more than half a century, menthol cigarette brands have been disproportionately targeted to African Americans.

The FDA Shadow Panel wishes to emphasize two additional points. First, we believe that the FDA is digging a hole for itself by trying to provide a scientific argument for increased addiction, morbidity, or mortality attributable to menthol cigarettes. The central question is not a scientific one, but a marketing matter.

Second, there is no evidence that any safer cigarette exists. Congress chose to ban flavored cigarettes not because they are more harmful or addictive, but because it believed that candy and fruit flavors were a significant factor in the marketing of cigarettes. The FDA Tobacco Products Scientific Advisory Committee has no choice but to use the same criteria to evaluate menthol. The central question is whether menthol plays a role in marketing cigarettes to consumers. The FDA Shadow Panel believes it is undeniable that menthol is used to increase the appeal of cigarettes."

The FDA Tobacco Products Scientific Advisory Shadow Panel was formed to monitor the FDA's new agency on tobacco and its Tobacco Products Scientific Advisory Panel, as well as to issue alternative or parallel consensus statements and recommendations. Each of the members of the Shadow Panel has worked for at least a decade to counteract the tobacco pandemic, and none has a conflict of interest with regard to the tobacco industry or pharmaceutical industry.

The members of the Shadow Panel are:

Alan Blum, MD - Co-Chair
Director, Center for the Study of Tobacco and Society
University of Alabama

MOSCOW — One woman said children as young as 10 working in the fields developed red rashes on their stomachs and necks as they harvested tobacco for use in cigarettes made by Philip Morris.

Another migrant laborer working in the tobacco fields in Kazakhstan said a farmer confiscated her identification papers and withheld pay to force her to continue working despite dismal conditions.

Human Rights Watch, the group best known for documenting governmental abuse and war crimes, plans to release a report on Wednesday showing that child and forced labor is widespread on farms that supply a cigarette factory owned by Philip Morris International in Kazakhstan, in Central Asia.

While child labor should be condemned in any setting, the report said, employing children on tobacco farms is particularly hazardous because tobacco field laborers are exposed to high levels of nicotine while doing their jobs.

Only a tiny fraction of Philip Morris’s global tobacco purchases are made in the country, and no tobacco raised on the farms employing child labor went into cigarettes sold outside of former Soviet countries. Philip Morris, after being provided with an advance copy of the report, said it agreed to sweeping changes in its purchasing policies in Kazakhstan.

“Philip Morris International is firmly opposed to child labor,” Peter Nixon, a spokesman, said in a telephone interview from the company’s office in Lausanne, Switzerland.

Although child labor is widespread in agriculture in Central Asia, Human Rights Watch said, the particularly harmful environment on the Kazakh tobacco farms warranted special attention. The report cited conditions it said were dangerous to children and adults alike. Lacking easy access to potable water, for example, laborers had resorted to drinking from irrigation channels contaminated with pesticides, the report said.

The group interviewed 68 tobacco farm employees in one district of Kazakhstan during the harvest last fall, identifying them only by their first names and initials.

All, including the children, were migrant laborers from neighboring Central Asian countries, mostly from impoverished Kyrgyzstan. The report also documented violations of basic farm safety rules, like laborers wearing open-toed shoes while working with sharp hoes.

Human Rights Watch researchers documented 72 instances of children working in the Kazakh tobacco fields, which employ about a thousand migrants each season.

Many are paid on a piecework basis, by the ton of harvested tobacco. The group said this was an inducement for parents to bring their children into the fields at harvest time. Even then, the report said, families made only a few hundred dollars for a half-year of farm work, after covering debts to farmers for board and travel.

“A company like Philip Morris certainly has the resources to put an end to these practices,” Jane Buchanan, a senior Human Rights Watch researcher and the author, said in an interview.

Mr. Nixon, the Philip Morris spokesman, said the company already had policies in place prohibiting purchases from farms that used child labor. Over the years, he said, this policy had reduced abusive practices at Kazakh tobacco farms — an assertion that Human Rights Watch said was supported in its interviews.

All the same, Mr. Nixon said, Philip Morris would step up its efforts to eliminate child labor. The company, he said, was “appreciative” of Human Rights Watch for drawing the continuing abuse to its attention.

But Ms. Buchanan said Philip Morris bore moral responsibility for the fate of child laborers in Kazakhstan, even though it was not their direct employer, citing precedents established by apparel and athletic shoe companies that over the last decade had demanded Asian suppliers prohibit child labor.

“Companies are supposed to have policies to recognize and rectify problems with human rights in their supply chain,” she said.

That many of the children worked alongside their migrant-laborer parents during the harvest, she said, did not diminish Philip Morris’s responsibility for their safety.

Tobacco can be an unhealthy crop even before it winds up in cigarettes. Nicotine is absorbed through the skin through continual handling of tobacco leaves. The resulting ailment in tobacco farm laborers is called green tobacco sickness, causing nausea, vomiting and dizziness. Rashes are also common.

The report cited studies indicating that laborers can absorb, in one day, the amount of nicotine equivalent to smoking 36 cigarettes.

“Children are especially vulnerable due to their small body size in relation to the dose of nicotine they absorb,” the report said.

The farmers studied by Human Rights Watch supply Philip Morris Kazakhstan, a wholly owned subsidiary of Philip Morris International, which is based in New York.

The company, spun off from its parent, the Altria Group, in 2008, sells cigarettes in 160 countries outside of the United States, including Kazakhstan. Philip Morris USA markets many of the same brands in America, most notably Marlboro, but is a distinct company.

Mr. Nixon said the company would require farmers to sign written contracts with adult laborers during this year’s growing season, and would hire an outside monitor to police farms for compliance with child labor laws.

This year, the company opened a summer camp for the children of migrant laborers in Kazakhstan’s tobacco-producing region. It will also require its suppliers to pay monthly salaries, rather than piecework pay, to discourage migrant parents from enlisting the help of their children.

In 2009, Philip Morris International’s net revenue was $25 billion on sales of cigarettes including globally marketed brands like Marlboro, L&M, Chesterfield and Bond Street.

The Kazakh tobacco is used only in local brands unknown outside their markets in former Soviet countries, including Polyot and Apollo-Soyuz.