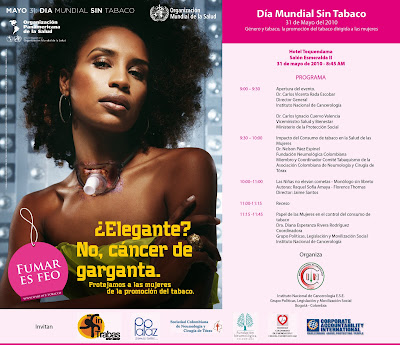 Smoking While Pregnant May Raise Psychiatric Risks in Kids

Study found the more cigarettes a woman smoked, the greater the chances

TUESDAY, May 4 (HealthDay News) -- A woman who smokes while pregnant increases her baby's risk of developing psychiatric problems in childhood and young adulthood, a new Finnish study suggests.

While there's plenty of evidence that smoking during pregnancy puts unborn children at risk for long-term health problems such as asthma, ear infections and respiratory disease, this research is among the first to find a connection between prenatal smoking and an increased risk for mental illnesses, such as attention-deficit/hyperactivity disorder (ADHD) and depression, in the mother's offspring.

Researchers at Turku University Hospital in Finland analyzed the birth records of more than 175,000 Finnish children born in the late 1980s, as well as their use of psychotropic medications as children and young adults.

Children exposed to prenatal smoking were 32 percent more likely overall to have taken a psychiatric drug than children whose mothers didn't smoke during pregnancy, the researchers found. The risk was even higher in the offspring of women who smoked more than a pack a day while pregnant. Their kids were 44 percent more likely to use psychiatric drugs than children whose moms didn't smoke.

Study author Mikael Ekblad said animal studies have shown that prenatal nicotine exposure interferes with the development of fetal brain cells. "In our previous study, published in the Journal of Pediatrics in February 2010, we found that prematurely born infants exposed to prenatal smoking had smaller frontal and cerebellar brain volumes than the unexposed infants. These brain regions are important for normal cognitive development," said Ekblad, a medical student and pediatric researcher.

The researchers collected data on all children born in Finland from 1987 through 1989. In addition to information about maternal smoking, they looked at gestational age, birth weight and five-minute Apgar scores. Using records from Finland's Social Insurance Institution, they also examined the children's use of psychotropic medications between 1994 and 2007.

Roughly 12 percent of the young adults had used psychiatric medications, and of this group, about 19 percent had mothers who smoked during their pregnancies.

The researchers found that exposure to prenatal smoking increased the risk for using all psychotropic drugs, but especially ADHD medications, antidepressants and drugs to treat addiction. For example, kids whose mothers smoked more than a pack of cigarettes a day were two and a half times more likely to take stimulants for ADHD than kids whose moms didn't smoke during pregnancy.

The risk for all medication use was similar in males and females, and remained after adjusting for risk factors at birth, such as Apgar scores and birth weight.

Since mental illness often runs in families, the researchers also controlled for a possible genetic connection by analyzing records of the mother's psychiatric inpatient care prior to giving birth. "One of the strengths of our study is that we could control for maternal mental health diseases," said Ekblad, who added that the genetic effect is higher in psychiatric problems that require hospitalization.

"This is an interesting study which raises the important possibility that prenatal exposure to smoking may pose additional risks that have not been identified to date, but based on the information available so far, the effect seems to be small," said Neil Grunberg, a professor of medical psychology, clinical psychology and neuroscience at the Uniformed Services University of the Health Sciences in Bethesda, Md.

Grunberg also questioned whether the study adequately controlled for possible genetic and environmental factors. "In the U.S., there is a high correlation between smoking and psychological disorders," said Grunberg. In addition, many people have a family history of psychiatric disorders, even though they themselves have never been diagnosed with one, he said.

The findings were to be presented Tuesday at the Pediatric Academic Societies annual meeting in Vancouver, British Columbia, Canada.

15 years after treatment, smokers more likely to have a new tumor, study finds

MONDAY, May 3 (HealthDay News) -- Breast cancer survivors who smoke are at increased risk for a second cancer, a new study shows.

Researchers followed women who were diagnosed with early-stage breast cancer and underwent breast-conserving therapy, which consists of a lumpectomy followed by radiation therapy.

"These new data are significant in that they show women can exercise some control over a known risk factor for developing a new second cancer," senior investigator Dr. Bruce G. Haffty, associate director of the Cancer Institute of New Jersey, said in a news release.

The study was to be presented at the annual meeting of the American Radium Society, May 1 to 5 in Cancun, Mexico. 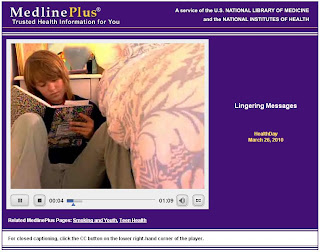